Happy New Year’s readers!   In my last blog I talked about my New Year’s plan to volunteer on a week-long assignment in an immigrant detention center near the Texas-Mexico border. I was to help asylum seekers advance their claims.  Not really in my wheelhouse, since I am a New York personal injury lawyer.  But I speak Spanish, and am married to a Guatemalan, and wanted to help out with all the Central Americans claiming asylum on our border right now.  I am writing now to report that my efforts were successful.  Here is an article by a reporter at the Finger Lakes Times about my journey.  Thanks for reading! 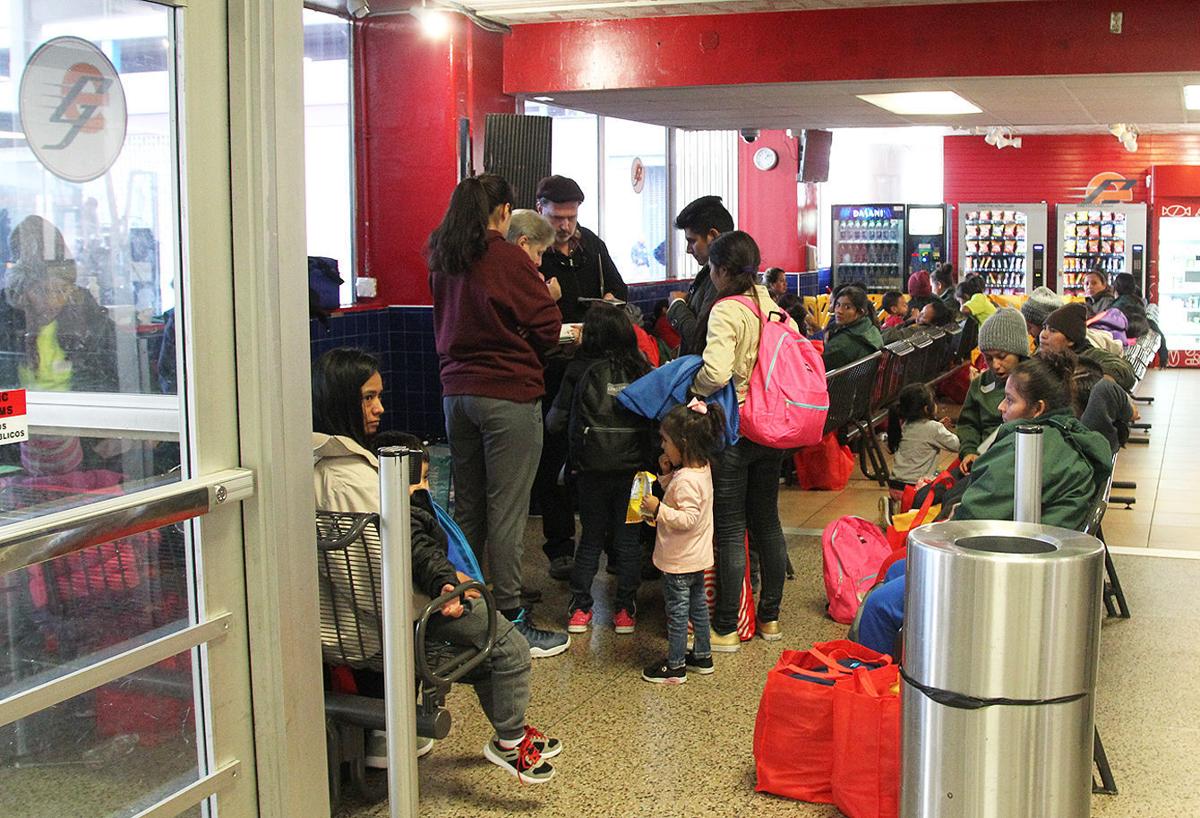 After processing the refugees, Immigration and Customs Enforcement — or ICE — is simply dropping off thousands at bus stations like the one here in San Antonio, Texas. 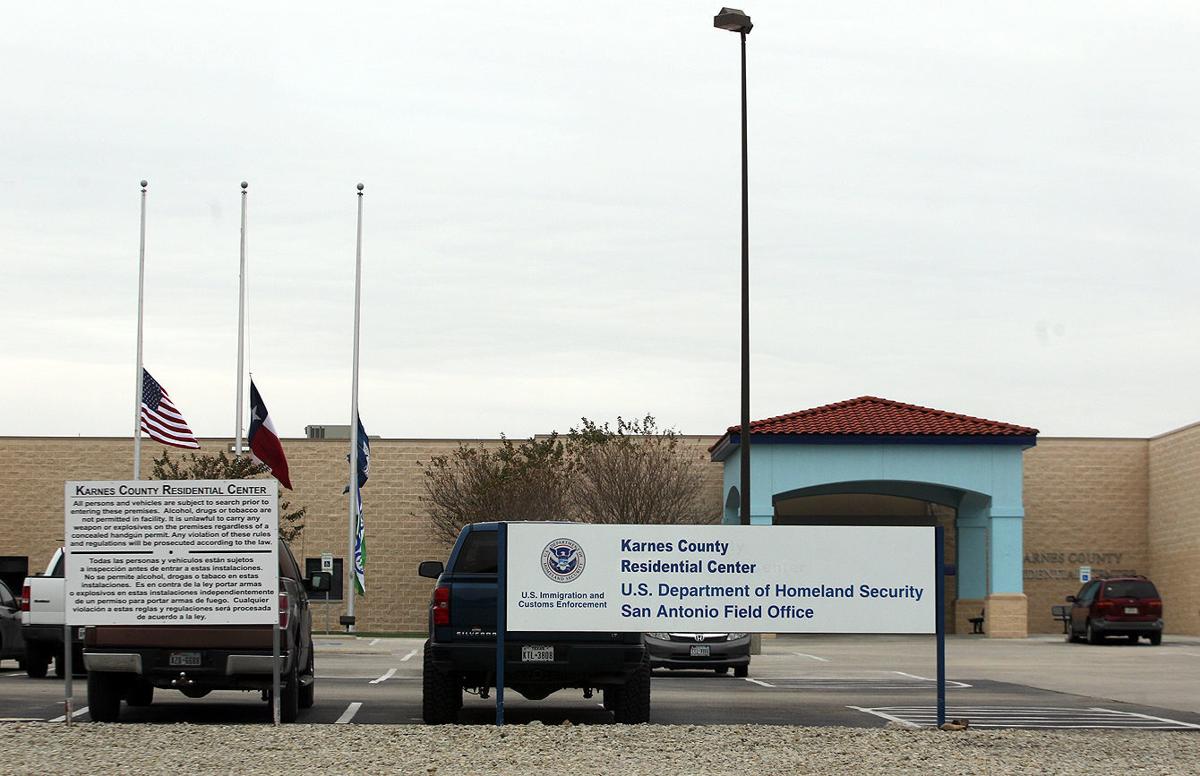 Most of the Bersani’s time in Texas was working at this center detaining refugees in Karnes City, about an hour south of San Antonio.

Bersani at the Karnes Detention Center

Nothing illustrates the importance of the current immigration debate better than President Trump’s decision to conduct his first primetime television address to the nation from the Oval Office on that very issue last night.

With funding for the border wall being the main sticking point related to the partial shutdown of federal government, Trump was hoping to convince Americans that not having a wall is a national security issue and humanitarian crisis.

During the first week of this new year Michael Bersani, 63, of Geneva ventured west to the border region in southern Texas to assist detained border-crossers navigate through the legal system as they seek asylum here. It was volunteer work in which Bersani’s wife, Alejandra Molina, also participated. Alejandra is bilingual and is the Director of Intercultural Affairs at Hobart and William Smith Colleges.

Though Bersani is an attorney with a focus on personal injury work, he is familiar with immigration cases, having spent many years helping members of the migrant community in the Finger Lakes. He has represented undocumented Mexican and Central American immigrants, as well as documented ones. He is fluent in Spanish and French.

Bersani has developed a deep appreciation for their culture and values, as he has had a front-row seat witnessing many migrant workers in our area face economic and other challenges. He says it’s their “grit” that guides them through struggles while being separated, for some over a decade, from their children or wives.

Because the typical American only sees the ugly stereotype painted by many politicians, it has motivated Bersani to jump in and try to do his part in Texas.

While there, the couple worked with RAICES — Refugee and Immigrant Center for Education and Legal Services, the largest immigration legal services provider in Texas. In 2017, RAICES staff closed 51,000 cases at no cost to the client.

Most of the couple’s time in Texas was at a center detaining refugees in Karnes City, about an hour south of San Antonio. The center housed only men, some with their sons. According to Bersani, most were from Central America, specifically Honduras and Guatemala.

As Bersani tells it, it wasn’t until ICE began separating families last June that lots of volunteers came forward to give their time to RAICES. Donations have been coming in too, allowing for more full-time lawyers and personnel to be hired resulting in more refugees being able to stay.

For me to call Bersani a “freedom fighter” is not an exaggeration, although it’s likely a label he would shy away from having. The literal meaning could include anyone who fights for the cause of freedom for others. Bersani is certainly not an armed rebel but more of a pacifist, using the power and strength of knowledge and compassion as his weapon.

After his stint in the Lone Star State ended, I asked for his thoughts.

“Asylum is not an easy claim to win,” Bersani said. “As anyone who follows the news knows, our borders are now crowded with refugees, mostly from Central America. Some politicians have painted these refugees as evil. The vast majority of refugees consist of simple, poor, and desperate families seeking safe harbor. And unfortunately for them, most of their asylum claims will fall on deaf ears. Their ‘reasonable fear’ of returning home will not fit within the narrow confines of asylum law. Still, a significant number of them have legitimate asylum claims. Under both international and US law, they have a right to seek — and obtain — asylum.

“I went down to the border because I wanted to help those who needed and are entitled to asylum to get it. Mission accomplished. I am already considering returning next year.”

A month prior to his Texas trip, Bersani flew to Guatemala. He was there to meet a group of farmworker clients who had been disabled or badly injured on the job through no fault of their own. He was there to sign resolution papers and assist with opening bank accounts for their settlement money. He recalled to me how it was an emotional gathering with tears of sadness for their losses, particularly the physical ones — and also financial. They were living in poverty while waiting in limbo for a possible settlement.

However, Bersani noted there also were tears of joy that justice was being served.

Could Bersani have taken care of this business by email, regular mail or phone? Maybe, but traveling to Central America to be face-to-face with the people he was representing is another example of his commitment to give his all to those far less fortunate than himself.